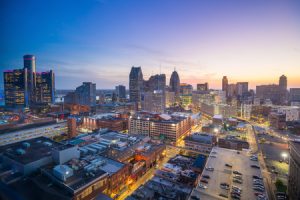 If you’ve been keeping an eye on the housing market in Detroit this year, you may have noticed a surprising upward trend in housing prices across the region. According to the Detroit Free Press, housing prices in August were up 7.2 percent compared to the same time last year. Furthermore, housing prices were up by a whopping 83 percent compared to their lowest point in April 2011. On average, prices in the metro region are now just 7 percent lower than their pre-recession peak hit in early 2006.

Real estate analysts have attributed this trend in large part to a significant decline in inventory availability. According to Crain’s Detroit Business, on-market listings in metro Detroit were down 28 percent in September compared to the same time last year. Houses have also been selling much faster in 2017; the average days on market has fallen by 22 percent since last year.

So what does this mean for homeowners and investors in Detroit?

Real estate in metro Detroit might be hard to come by these days, but the surging housing market is protecting the investments of property owners throughout the region. Prospective sellers, meanwhile, are feeling more confident in their decisions now that home equity has returned to pre-recession levels.

Overall, this year’s rising housing prices are a good sign for the health of metro Detroit’s real estate market. The holidays may disrupt the trend to some extent, but many analysts expect it to continue in 2018.