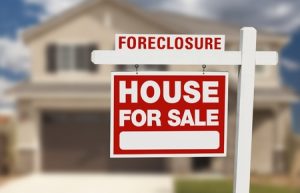 The statistics released by ATTOM Data Solutions show that there were more than 230,000 foreclosure filings through the first three months of 2017 in the U.S., And while that might seem like a high number, it actually represents an 11 percent dip from the final quarter of 2016 and a 19 percent dip when compared to the first quarter of 2016. So the foreclosure rate in America is officially at its lowest rate since the third quarter of 2006 when there were almost 280,000 foreclosure filings. Foreclosure rates have dropped dramatically in major cities like Dallas, Atlanta, Los Angeles, Phoenix and Detroit.

The American real estate market isn’t all the way out of the woods just yet, though. While the overall foreclosure rate is down, there are some large cities that are still struggling to rebound and return to pre-recession foreclosure rate levels. Those cities include New York City, Philadelphia, Washington, D.C. Boston and Chicago. But in general, things are starting to look better for many homeowners in the U.S., and industry analysts predict that as long as unemployment rates stay low, the foreclosure rates should continue to dip.

While the real estate market is strengthening, the Law Offices of Aaron Cox realizes that some people are still struggling with real estate issues. Specifically, landlords and tenants may require the services of a qualified attorney to handle real estate disputes. We can help you with your problems and help settle issues involving landlords and tenants, property management and more. Contact us at 734-287-3664 today to see what we can do for you.