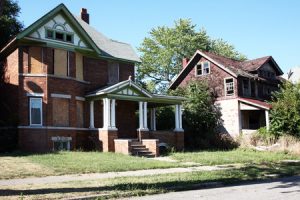 According to a new study conducted by the University of Michigan and Harvard University, Detroit’s demolition program may have curbed crime rates and decreased firearm violence.

Thousands of houses in Detroit sat vacant and abandoned for years after their owners moved out to the suburbs or had their homes foreclosed. Many of these houses had deteriorated past the point of no return, so the city of Detroit and various community groups worked to demolish them to reduce urban blight and, hopefully, decrease crime. Since 2014, 10,000 homes have been demolished throughout the city, at a cost of about $130 million.

This study, published in the Journal of Behavioral Medicine, suggests that their efforts paid off. It found that in areas where demolitions occurred, there was an 11 percent drop in homicides and injuries caused by firearms.

Marc Zimmerman of the University of Michigan School of Public Health is one of the study’s authors. He suggested that there are also intangible benefits to the demolitions, as community members feel more optimistic about their neighborhood’s future and perceive it as safer.

However, benefits declined when there were more than 12 demolitions in a group of blocks, suggesting that replacing derelict buildings with large volumes of rubble merely creates a different type of disorder. Jonathan Jay, a co-author of the study who is also based at U-M, said that “the largest effect might come from dispersing the demolition effort throughout the city, rather than concentrating the effort on removing all abandoned structures in a few areas.”

Not only are crime rates falling in many Detroit neighborhoods, property values are on the rise throughout the city.