Downtown Detroit is on the rise. With recent developments and companies returning to the city, vacancy rates in prime office buildings have dropped. However, this also means that finding prime office space is now more difficult than ever.

According to the annual Detroit Skyline report by the Royal Oak office of JLL, more than 92% of the most in-demand office buildings are leased, making it harder to find prime downtown office space. 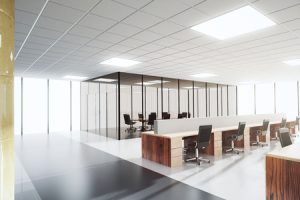 With more and more quality property in Downtown Detroit being eaten up, there are only a few possibilities left open. Says Harrison West, a research analyst for JLL, “As of now, the only true large blocks of available space are in the Renaissance Center, where more than 60 percent of the skyline vacant is situated.” However, there are possibilities in the Hudson’s and Monroe Blocks projects, but the amount of office space those projects will include is still uncertain.

Other areas of Downtown Detroit have felt similar effects. Overall, rents in the area are now at $24.99 per square foot, compared to $23.47 from last year and $22.55 from the year before. This is an increase of 10.82 percent in the last two years alone.

Overall, this is a trend that is following a similar path as that of apartment rentals in the Downtown area where demand and rents are also increasing.

To learn more about recent developments in Detroit’s rental market, stay tuned for the latest updates from our blog at the Law Offices of Aaron D. Cox, PLLC.