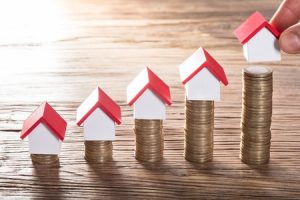 Despite attempts from city officials to maintain a healthy inventory of affordable housing options in Detroit, many Motor City residents are devoting a larger share of their paychecks to rent payments than they were just a few years ago. That’s what financial tech company SmartAsset found in a recent report which compares household incomes to rent increases between 2014 and 2017.

With the average household spending close to half of its annual income on rent, Detroit ranked no. 1 on SmartAsset’s list of cities with the largest rent increases as a percentage of income.

Detroit falls neatly into the former category, where fair market rent rose by just under 49 percent in three years. While property investors have been able to increase their profit margins in recent years, many tenants in the downtown and midtown areas are struggling to keep up with the sudden increase in rent prices. Ultimately, this trend could force some longtime residents to seek new housing options elsewhere in the city where rent prices remain comparatively affordable.