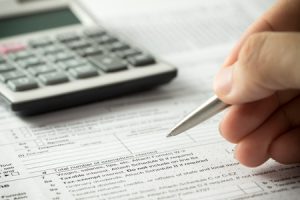 In hopes of identifying income-tax evaders, Detroit officials are considering the passage of a new law which would compel landlords to hand over their tenant rosters to the city’s tax compliance branch each year. The proposed regulation would reportedly be focused on rental properties in Downtown and Midtown Detroit with monthly rental rates of $750 or more. This constitutes the latest development in an effort to crack down on tax evaders that began in 2015.

Officials at the Office of the Treasury allege that “many residents” of Detroit claim residence at the suburban addresses of friends and relatives to avoid paying the city income tax and obtain lower auto insurance rates. Detroit has a city-wide income tax rate of 2.4 percent, and it has some of the highest insurance rates in the nation.

Despite the Treasury’s assertion that tax noncompliance is a widespread issue in Downtown Detroit, not all city legislators are sold on the idea of the proposed regulation. City Council President Pro Tem Mary Sheffield specifically raised a number of specific concerns in a recent interview with the Detroit Free Press.

“Before passing such a measure, I would want to ensure that there is not an intrusion on individuals’ right to privacy, the information collected is protected and remains confidential, that it would not result in disparate negative impact on residents in subsidized housing and that it would not place an undue burden on landlords,” said Sheffield in her interview.

Whether or not legislators will be able to put together enough votes to pass this type of regulation remains to be seen. If Sheffield’s comments are any indication, however, it’s likely that such a measure would require a significant amount of due diligence before being put to a vote.