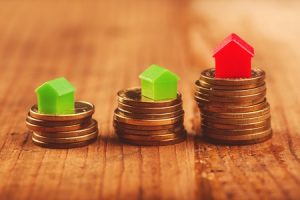 City officials have been working hard to facilitate renewed growth in parts of Detroit that lay neglected for years, and the fruits of their labor may finally be starting to show. Historic neighborhoods are being revitalized by their residents, and developers are constructing new affordable housing options downtown. There’s still plenty of work to be done, but Detroit may have finally turned an important corner after decades of economic hardship.

“It’s not just the normal neighborhoods, such as Palmer Woods, Sherwood forest, East English Village,” said Detroit’s Chief Assessor Alvin Horhn in an interview. “Neighborhoods that were on the cusp a few years ago are starting to rebound.”

Meanwhile, local residents are beginning to notice that when houses go on the market, they aren’t staying there for long. Rather than sitting on the market for months, homes are selling in a matter of weeks. It’s a promising sign that has many homeowners feeling optimistic about the future of their neighborhoods.

To learn more about the latest trends and developments in Detroit’s real estate market, stay tuned for future updates from our blog!