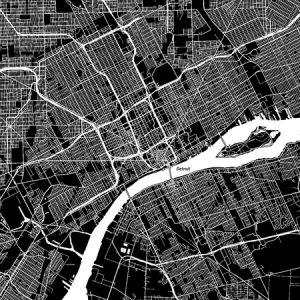 Zoning ordinances are important pieces of legislation that determine more than whether properties in different geographic zones can be used for residential or commercial purposes. They can also limit the size of lots or the heights of buildings and determine the density of districts or zones. In short, they can define the character of a neighborhood.

ZoneDetroit is a City Planning Commission project that is modernizing Detroit’s zoning ordinances.

The project is supported by the Legislative Policy Division (LPD), and its outcomes could redefine the city’s real estate landscape for years to come. Detroit’s zoning ordinances were last updated in 2005, following an eight-year process that resulted in a cumbersome 800-page document outlining rules and regulations.

ZoneDetroit launched in September 2018 and aims to wrap up by 2020.

The goals of the project are not only to simplify documentation, but also to make improvements to the ordinances that reflect modern real estate development. The documentation promises to be flexible with improved graphics, easy-to-reference summary tables, and organization based on relevant subject matter. The ordinances include provisions for walkable streets, green energy infrastructure, better stormwater management, and buffers between new industrial and residential buildings.

The project team, which works to engage residents and community leaders from within the city, includes consultants from throughout Michigan, as well as other urban areas such as Brooklyn and Boston. According to the ZoneDetroit website, the project aims to enact regulations that offer more flexibility with regard to property uses, while emphasizing structural and aesthetic requirements for new construction. The project would allow new housing options such as “accessory dwelling units, homesteads, [and] eco-villages,” for example.

For home owners, landlords, and commercial property owners alike, the new ordinances may affect how their neighborhoods develop and how they can use their properties. While the Planning Commission aims to keep the project and future ordinances accessible to the general public, the Law Offices of Aaron Cox are always available to help property owners navigate this transition.